No matter if you are inquisitive or not, it’s always nice to learn something new. It turns out that the oldest rock in the world, which can be found on the surface of the Earth, is the gneiss.

To be more specific, I will say that this applies to gneiss along the river Akasta, which is located on an island in a remote and very secluded area in Canadian Northern Territories.

By radiometric measurements, the age of this gneiss is set at around 4,03 billion years. This is a number that is difficult to comprehend. The planet Earth itself is calculated to be only half a billion years older; thus, the gneiss from Akasta is one of the oldest quartz rocks which still exist on the constantly changing Earth’s surface.

For a stone to survive the rock cycle – during  which the forces of erosion and tectonic plates constantly wear it , redesign it and repeatedly  melt it – this is a real achievement.

To get a better idea of the lengths of time we are talking about, we will try to reduce it to something more understandable. If you could take a picture of Earth each year during those 4 billion years (4 000 000 000 photos), then turn them in video (at a frequency of 30 frames/pictures per second), it will take you more than 4 years, and if you do it 24 hours a day. In 2017, you would you still be watching. You will be watching footage from when dinosaurs died, about three and a half weeks before the end of the video. Modern man appeared for the first time in the last two hours of the video. 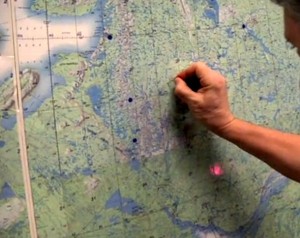 Let’s get back on the stone.

The ancient gneiss is named after the Akasta River, located east of Big Bear Lake, where for the first time, it was discovered in the 1980s. The location is about 300 km from Yellowknife, which practically means you can reach the place only by seaplane.

Composed mainly of the minerals quartz and feldspar, the gneiss from Akasta is formed through Hadey, the earliest geological Eon in Earth’s history. Due to its composition, geologists believe that it was formed by highly transformed granite, subjected to unimaginable heat and pressure.

The exact origin of this granite is unknown, but its presence indicates that the continental crust (and the water on the surface) already existed in these ancient times.


Let’s Take a Look at the Ways of Determining its Age. How was the Age of Gneiss from Akasta Determined Exactly? 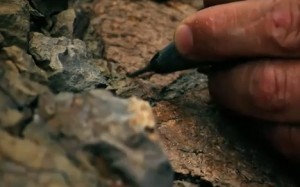 The measurement of the ratio of uranium atoms and the atoms of lead allows for very precise dating. But even zirconium crystals are not immune against the fight with Nature’s forces for 4 billion years.  To be more precise, the researchers have used a high-sensitivity detector,  with a high degree of decay, developed at the Australian National University.

Whether the gneiss from Akasta is still an existing piece of the pro – continent, which existed when the Earth was a still a hot mass of clustered materials, remains a mystery so far. However, scientists have rightly called that time Hadey: it can be said that the Earth was literally hell back then.


What is Bulgarian Gneiss Famous for?
The oldest discovered and mined rocks in Bulgarian are the gneiss ones. In its structure, gneiss is a foliated metamorphic rock that was formed as a result of a number of factors such as high pressure, high temperature and chemical reactions in the layers of the Earth’s surface.  Deposits of this rock near Ivaylovgrad are known to be located at really great depths; this testifies for their distant history of formation, in the dawn of the formation of the Earth’s crust and also indicates their high quality.

The gneiss from Ivaylovgrad is very strong and valuable natural material, due to its high content of granite. The resulting composition’s characteristics make it so famous and sought after not only in Bulgaria but also abroad.